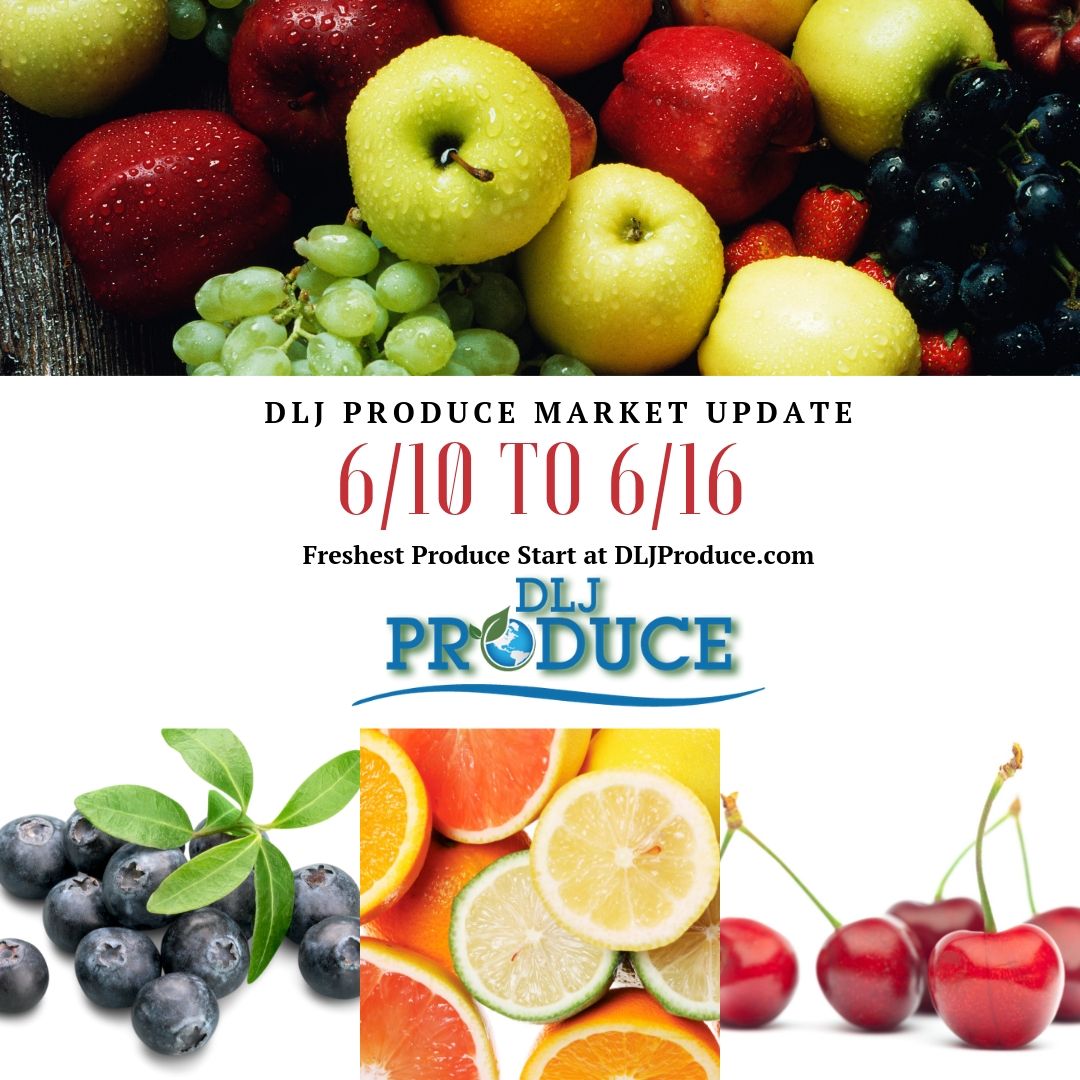 Red Seedless – The start of the red grape crop from both Mexico and Coachella was extremely slow to start due to cool weather in late May, but the heat has finally arrived. Good volume finally started coming out of the field at the end of the last week and good volume will finally start coming out of the field this week. FOB’s will adjust to help allow for promotional movement over the next 3 weeks. Quality will remain strong at the start, but may get dicey as the heat starts to show signs of damage in late June harvests. Now is the time to begin promoting out of both Mexico and Coachella, with fruit expected to bleed right into the start of Central CA harvest around July 4th.

Green Seedless – The recent warming temps have finally brought on enough sugar content to allow for better harvests in both Mexico and Coachella. Early Sweet and Prime variety greens will make up a majority of the fruit, with Sugraone just starting harvest in both areas. A few cheap Perlette remain due to being an unfavorable variety. Volume is kicking in and will allow FOB’s to reach a promotable level, especially for the weeks of 6/10 and 6/17. Heat may affect crop volume and quality on the back end. Expect supplies to carry into early July, depending upon demand and movement.

Black Seedless – Harvest in Mexico and Coachella still remain light on both regions, but slowly increasing. Demand is good on decreased acreage, so FOB pricing has remained high. Expect supplies to slowly increase and carry through most of June. Summer Royal variety will be the bulk of the fruit harvested in both regions.

Red Globe – Chile is almost done for the season, with the last supplies being cleaned up from import inventories. Mexico is expected to start harvesting around June 15th to bridge the gap and transition into new harvest fruit.

Cherry – CA is a done deal. Pack outs and quality is very rough due to May rains. Time to transition to fresh harvest in Washington, which is expected to start by the end of the week.

Apricot – Even with the recent rains, good volume apricot crop remains. FOB pricing will allow for good promotional opportunities through the month of June, going into early July. Quality will allow for a great run and a peak in flavor. 2019 will be one of the better apricot crops on record, but sizing structure remain one tray size smaller than historical averages.

Yellow Nectarine – Rains have caused problems on pack outs. Fruit continues to show staining and damage due to the rain and streaking. Fruit is peaking on 56 trays, with some volume still on small sized fruit. Warmer weather will finally start increasing volume in the field and should bring on better harvest by the middle of the month. Expect FOB’s to remain higher than yellow peach due to lower pack outs and higher demand.

Yellow Peach – Volume has begun on the yellow peach front, with good supplies coming out of the field. Mainly large sized trays with some pack outs of smaller fruit on last picks of varieties. Heat will create a bunching of harvest on fruit that was delayed during May’s cooler weather. California shippers are competing against East Coast harvest and this will keep yellow peach FOB’s lower than the nectarine market. Expect good promotable supplies from now through September, baring any major losses on varieties more affected by May’s wet weather.

White Nectarine – White nectarines will slow this week and gap between varieties. FOB’s will remain high, in line with the yellow nectarine market. Once growers get out of stained varieties from the rain, expect harvest to pick back up. Best promotable volume will be in late June and July when Pearl varieties harvest and bring on the biggest volume of the season. Expect light supplies for now, but increasing over the following week.

White Peach – the Snow series of varieties will continue to harvest, with Snow Fox bringing on the best volume. Ice Princess will follow closely behind. Currently, there are better supplies of white peach compared to white nectarine due to variety gaps. FOB’s will remain firmer than yellow peach, more in line with yellow nectarine. Expect a small gap later in June once Ice Princess finish and growers wait for the start of Summer Sweet. Now is a good time to begin carrying white peach in the mix.

Plums – overall, a very slow start on the plum front. Cooler weather and rain held of maturity in May. Royal Zee red and Early Queen black are still making up the majority of the harvest, but only limited supplies from the field. Crop volume will pick up by the end of next week and the first true volume will come at the end of June. Be careful for the time being, especially on larger sizes, but it will correct itself by the end of the month.