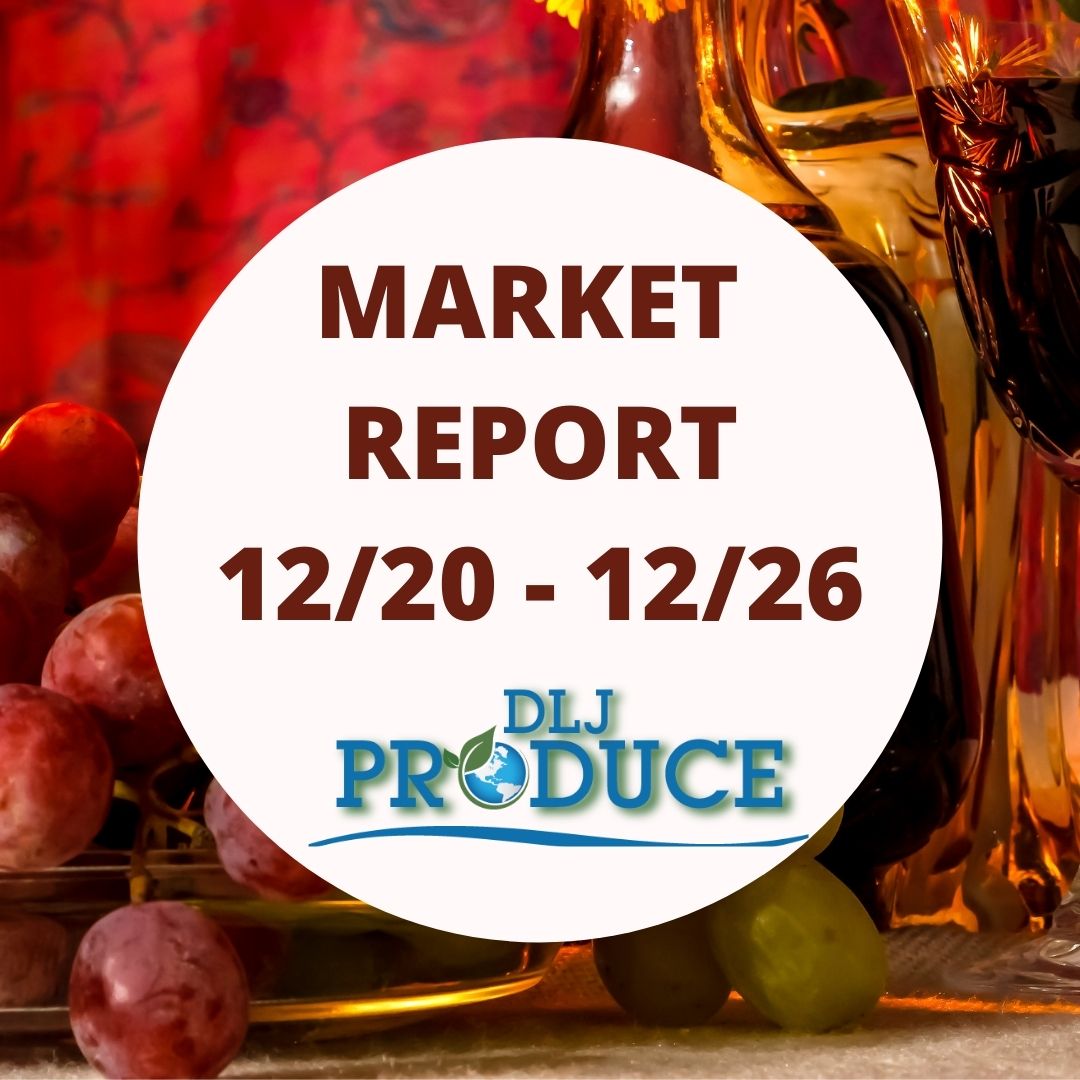 The CA red grape crop has finished, with a record early close caused by the June / July heat waves and October wet weather. This shouldn’t be a surprise as it always appeared that the shorter crop would cause an issue on the back end in December. But the complete lack of any red grapes arriving from Peru in December will cause the biggest problem. Peru and Chile will not ramp up red grape volume until at least mid to January. This will create a sizeable gap in volume and a decreasingly empty pipeline. Expect red grapes to be extremely tight for the next 2 – 3 weeks leading into the new year. FOB’s will increase dramatically with the start of imports, but the issue won’t be so much price but more supply. Avoid promos and be aware of port delays, lack of arrivals, heavy new years demand that will put strain on the red crop.

The remainder of the CA green crop is almost done. Only limited supplies remain left in the industry and quality has hit the wall due to the October weather storms. Only a small amount will stretch through this week. The time is right to switch into imports for better quality, even with the increased cost. Luckily, moderate supplies of imported green have arrived to the East Coast from Peru. This will help to ease the transition, even if volume is not flush yet. West Coast supplies will mainly be from East – West transfers due to pier delays still being experienced on the West. Now is the time to switch into imported greens.

CA is finished. Time to call it quits on the domestic crop. Peru has started harvest in a light way for East Coast arrivals. Don’t expect to see import supplies until at least mid-January on both coasts once Chile vessels arrive. Expect a small gap, but fresh crop fruit is right around the corner.

CA red globes are done for the season, with only a small amount left to ship locally. Peru has started in a moderate way, but almost all supplies are on the East Coast, with the West Coast remaining very limited. It looks to stay this way most of the season due to pier avoidance on the West. That will increase cost and limit the amount of fruit transferred from the other coast. But it is time to make the switch.

Argentina will continue to be the focus on the import cherry crop for the West. Most arrivals will remain Argentinian, with only a small amount of Chilean arriving due to air space. Air arrivals to the East Coast will tail off as the first container vessels are due to arrive. Once containers arrive to the East, expect FOB’s to drop and allow for promotion for East Coast retailers. Also, fruit will be transferred from East – West to alleviate air flight strain and allow for more promotable FOB’s. Air flights will continue on the West until we see the first direct containers in early January.

The stone fruit crop is ready to start. A small amount of air flight apricots, peach and nectarine have arrived to the East. But the air flight cost keeps it local and very cost prohibitive to promote. Better volume will arrive on the first East container arrivals mid-week and the crop will hit the ground running. Peach and nectarine will be the focus this season, due to the plum crop being quarantined until further approval to ship abroad hopefully by mid-February. The West Coast won’t see its first stone fruit vessel until 2nd week of January, so anything up to that point will be transferred from the East Coast at increased cost.