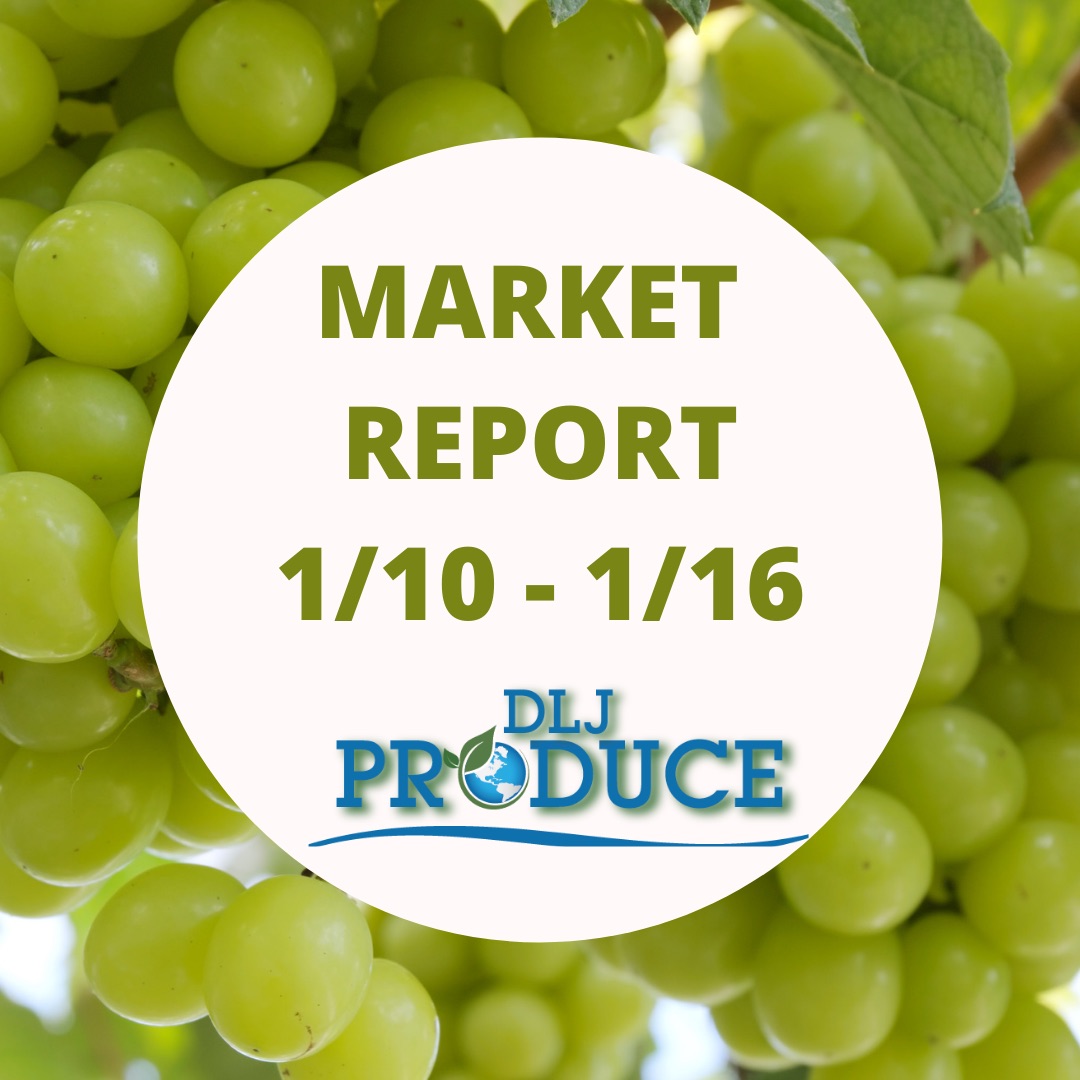 The red seedless market is continuing to be a struggle, as demand greatly outweighs supply. Only limited arrivals of Peruvian fruit are causing the concern, especially on the West. All Peruvian fruit is generally being diverted to the East to avoid port delays. The East Coast will see its second Chilean vessel on January 12th, which is incredibly light to start the season. The first Chilean boat to the West will not arrive until January 13th, with a record late start causing further strain on inventories. Red grape volume is light on the first Chilean boats, in comparison to green seedless. Expect demand to continue to outweigh supply at least until early February before supplies catch up and allow the pipeline to reach an equilibrium point. Avoid ads until then.

The green seedless crop now struggles, just as much as red, with California finishing and putting extra strain as the country switches over into imported greens. Supplies have been light at the start, with some Peruvian fruit, but the Chilean vessel delays not allowing a big influx at the start of the season. The added pressure has created a tight market on availability for green seedless. This will slowly correct itself, as the next Chilean vessels to both coasts are heavier to green seedless then red, but the market will stay tight for at least a couple weeks until enough fruit fills the pipeline. The next 7 days will be extremely limited, then hopefully we see better volume by end of January.

The red globe market is just as tight, if not tighter, then the seedless crop. Peru not shipping to the West has put massive strains and a gap in supplies on the West. The East Coast is receiving only small amounts, as growers push to ship seedless varieties from Peru due to higher profitability then the red globes. This will continue to put a strain for most of the season, as we can only expect small amounts of Peruvian fruit to gap in and out until Chile starts arriving in mid-March.

The first vessel arrivals have hit the East Coast, with the second break bulk vessel carrying another round of good supplies. The West has only seen small amounts of container fruit, before the break bulk vessel works on January 13th. FOB’s will begin to get aggressive on vessel fruit, as volume starts to arrive on the boat. Time to promote is now through the end of January, then pull back as near crop finish. FOB’s will be at a promotable level for vessel fruit, but higher end retailers will want to stay in any remaining Argentinian air flights at higher money for quality reasons.

Stone fruit is off to a slow start, but starting to arriving mostly on the East. Some transfers from East to West to get movement happening. Mostly yellow nectarine and yellow peach at the start, peaking of 50 series tray packs and 60 series volume fills. The size will be limited to 40 series and larger at the start, but pick up quickly as we move into late January. Nectarine and peach will be the focus, as plums and pluots have still not been cleared for export to the U.S. due to pest concerns. The West Coast will see its first vessel arrival on January 13th, with a slow start on both varieties, but enough to start meeting demand for early fruit.