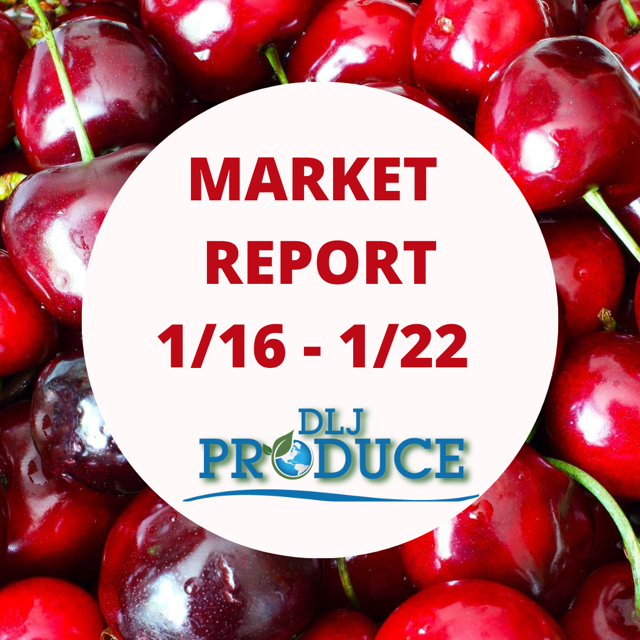 Red seedless arrivals have finally begun to arrive from Chile on the West Coast, with supplies looking to slowly start building when we hit the end of the month. Arrival volumes will be limited at first but look to get more price-conscious moving into February, allowing for promotable supplies. Peru remains limited due to strikes and protests blocking shipments, but still is arriving in light volume. Start to carry and push now, with anticipation of good promotable volume in February.

Green seedless has been extremely limited on both coasts over the last few weeks but looks to change course as we get to the end of January. Even with Peru arrivals being light due to a lack of containers leaving, Chilean volume has started and will ramp up by the end of the month. FOB pricing remains high but will slowly start to adjust and allow for better movement in February once the 3rd and 4th vessels arrive on the West Coast. The next vessel is due January 20th, after that supplies should start to loosen.

Red globes from Peru have finally started to arrive… but mostly to the East Coast. With the Peruvian strikes, supplies were extremely short. Now they are building on the East. But the West Coast still remains mostly light in supplies. Some movement from East to West will happen and allow the market to slightly adjust.

The first break bulk cherry arrivals from Chile have arrived from Chile, helping to adjust FOBs and bring on volume availability. Air flights have mostly finished for the season. The volume will be available to promote for the next 3 weeks. But expect a short window of heavy volume and promotions, then the volume will stop very abruptly moving into February. This change in projections will only allow for a short time for promotion. Carry fruit up to the first week of February, but avoid print promotions after January. Now is the time to promote as arrival volume and quality will be at their peak.

Stone fruit has arrived on the first Chilean vessel, but mostly very limited at the season start. Yellow peach and some white nectarine were available, but yellow nectarine remained extremely limited and elusive. The next vessel is due January 21st with stone fruit. Volume finally kicks off on that vessel… but flips in supplies. Mostly yellow nectarine on the next vessel, with a lighter volume of yellow peach. White nectarine will be available, along with some limited supplies of early plums. Size structure is remaining smaller on the early side, but still mostly peaking on 56 size TP or larger.

Tough weather looks to sustain. We have had record rain and snowfall this winter, with some locations at 200% of historical averages. As much as it is needed, citrus growers are running short on opportunities to pick fruit. It is either wet due to rain or due to fog. Limited harvest days and wet fields that cannot sustain tractor weight are the issues. Bin backs will only be able to stretch so far. Hopefully, growers can get after it hard in the field for 3 – 4 days this week before wet weather returns at the end of the week. Based on weather patterns, expect some disruption in industry supply through most of the winter.