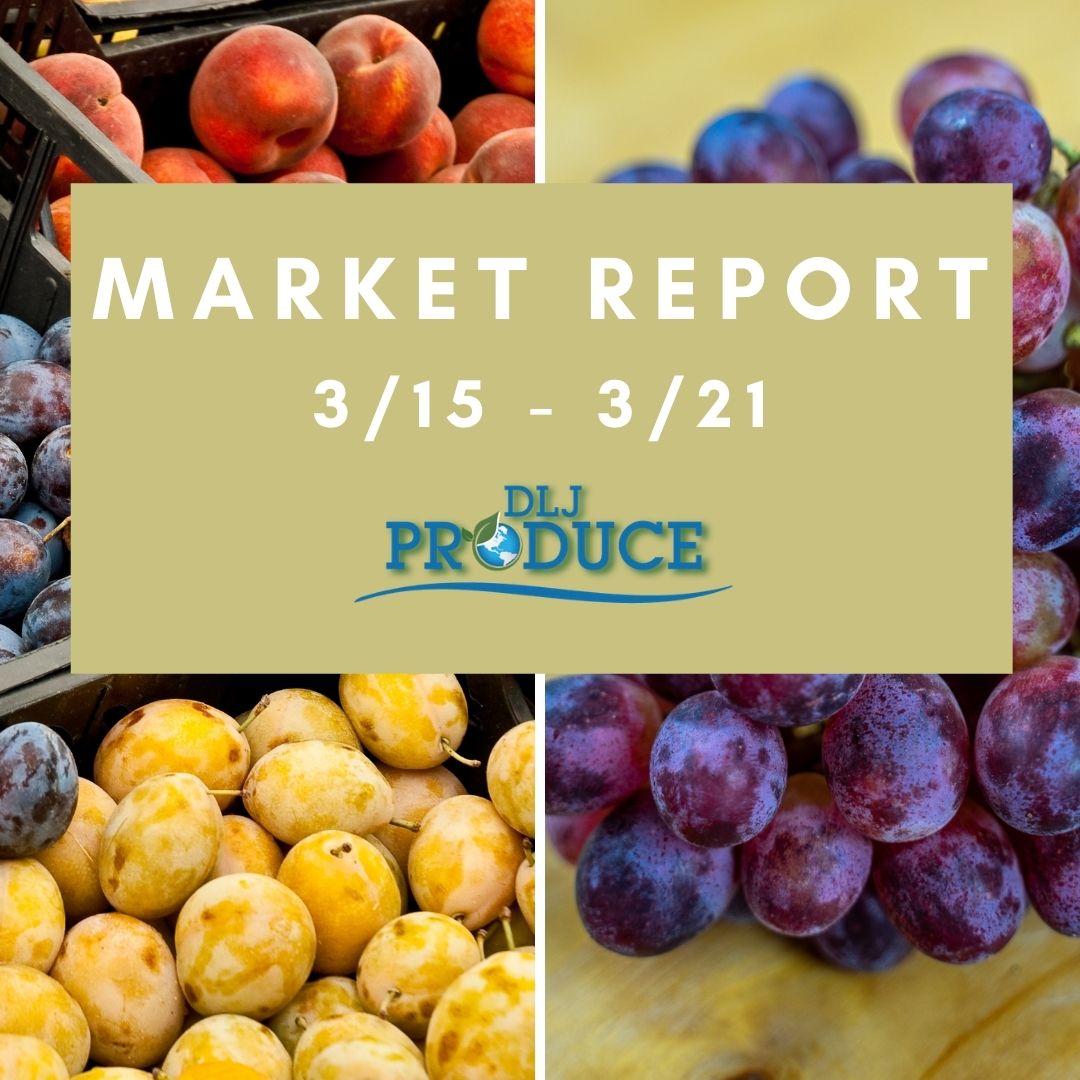 Red grape arrival volume will remain steady over the next few weeks from Chile, as Peru has finished arrivals for the season. Total volume will be down slightly due to the rain damage in Chile, but supplies will still be available and promotable through the remainder of March and early April. Varieties consist of Sweet Celebration, Allison, Timco and the first arrivals of crimson. Even with promotable arrivals, the quality will be the focus as there are expected to be quality concerns due to the first rain harvest dates arriving. This will also affect the back end of the crop, as less volume is expected in mid to late April. Promote while the timing is good until we see a decrease in volume and a small gap in late April / early May before Mexico begins red grape harvest.

the force majeure on green grapes is finally going to start rearing its ugly head. Pre-rain harvest and arrivals have been able to keep the market afloat the last few weeks, but the sheer shortage of fruit is on the horizon. Expect current inventories to carry through most of this week, but starting March 22nd going forward, there is a crippling shortage of green grapes arriving on both coasts. So short, that price may not even be an issue. There will be such a small amount of green grapes arriving that there is no chance of filling the pipelines demand. Expect high FOB’s and a likely hood of not enough arrivals to go around. This will lead to empty green grape shelves going into April all the way until Mexico starting (in a red hot market) in early May.

Very much like the green grape crop, the black grape vineyards got greatly affected by the rains. A similar situation of some current supplies, but the end is near and arrivals will fall off the table starting next week. The industry will clean up fast and leave an empty pipeline, with not enough arrivals to meet demand. Avoid promoting as there is an expected lack of supply through the end of the season.

Red globe will plug away consistently, with arrivals from Peru still coming in. Chile will start by the end of March, but volume will be down due to rains. Still, there will be some supplies available compared to the lack of green and black seedless. FOB’s remain stable but may firm slightly as the arrivals become more Chilean dependent.

Rain will have the biggest factor on the peach crop as we near the finish. Light supplies will carry through this week, with some additional arrivals the week of 3/22. Yellow peach will be the only option, as white peach has become very minimal and is almost done on arrivals. Expect a few small bumps on yellow peach availability, but not enough to adjust down the record high FOB’s currently. The next few weeks will finish out the season and it looks to be finished on the peach crop by the first of April.

Good supplies of yellow nectarine remain on both coasts, as this is the one most promotable item for the stone fruit industry. A lack of steady movement, as well as volume arriving the last 3 – 4 weeks, has put the yellow nectarine market in need of movement. FOB’s remain low enough to promote for the next couple of weeks as importers look to continue to move volume. White nectarine is winding down quicker than anticipated due to rain issues, expect those to be done and finishing starting next week. Focus on yellow nectarine solely until the end of March when arrivals start.

The plum volume will be tricky as we reach the finish. Rains did a fair amount of damage, but mainly on red plums due to splitting and pit related concerns. Black plums were lightened in volume but will stay in decent arrivals compare to red. Expect two weeks of moderate supplies of black plums to be able to promote in a light way. Avoid reds. This will ring true to the end of the crop, but it is not expected to carry as long as usual and we will see a mid-April finish on the late-season black plums crop. FOB’s remain stable due to only light arrivals in total volume between each coast.