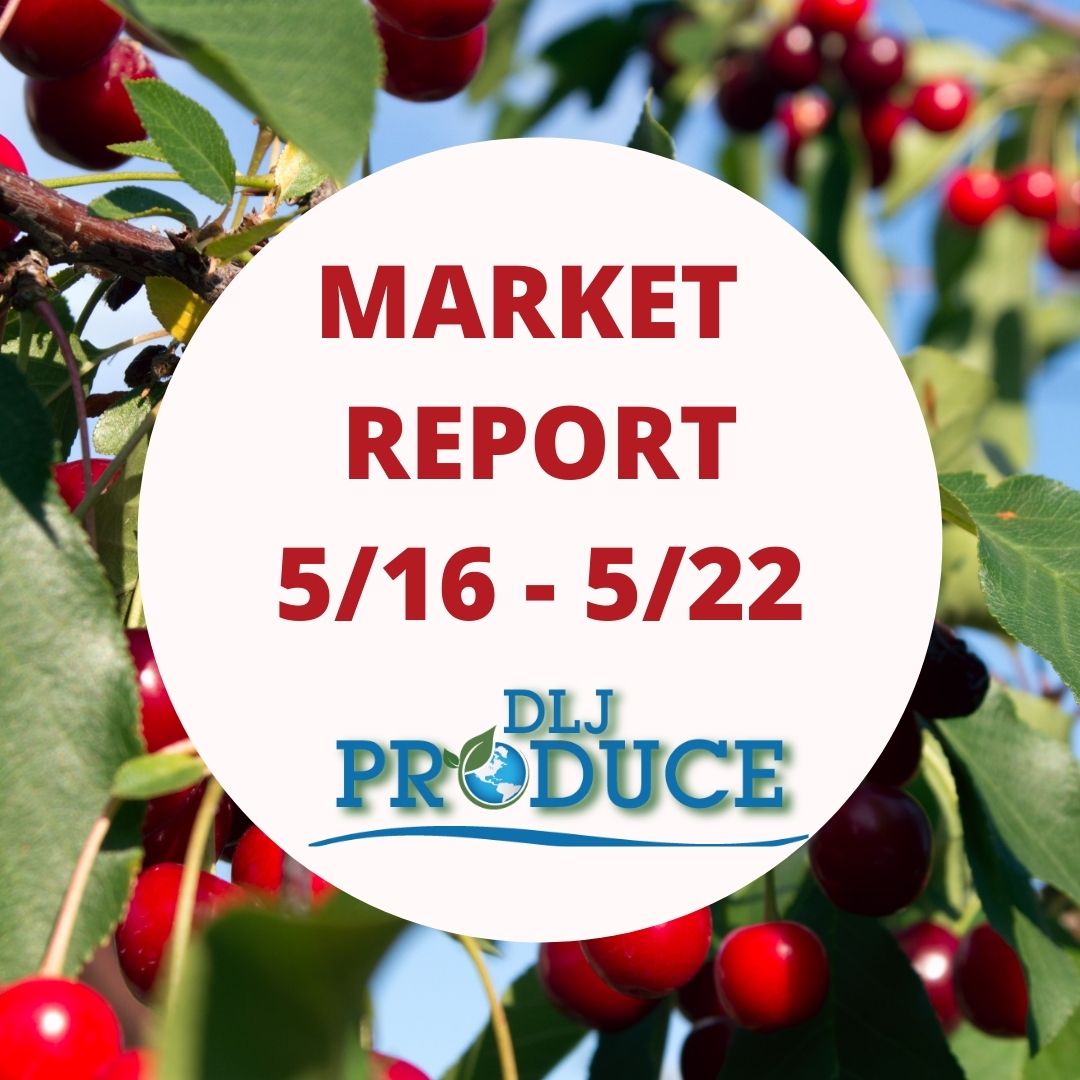 Grapes, Tree Fruit and Citrus Market Report May 16 to May 22

Another 10 – 14 days of Chilean imported reds remain in the industry, before we call it a season. Fresh arrivals on both East and West Coast that all graded post-marketing order US # 1. Continue to load with confidence, as variety mix is mostly Crimson, Allison and Scarlotta on the late season varieties. FOB’s will remain mostly the same to push inventories through the system. Mexico and Coachella are off to a very slow start, with volume not picking up until the end of the week or beginning part of next. Stay imports until the harvest volume increases.

The green seedless import crop is ending, with still some good lots of storage fruit remaining. Thompson, Autumn Crisp and Sweet Globe will make up the tail end of the crop for Chile. Mexico has begun to cross volume on early varieties like Perlette and Early Sweet, but sugar levels remain close. Coachella will just start scratching by the end of the week. Stay Chilean for as long as possible, but expect the Mexico transition to be kicking into full gear by the end of the week.

The black seedless crop is done for the season. Supplies remain on the East, but the West Coast has finished out pretty quickly. Mexico will begin harvest by the end of the week. Transition will happen by the week of May 23rd, with good volume expected to start crossing by the last few days of the month. Summer Royal and Unknown variety to start.

The Chilean red globe crop is sputtering along, with some late arrivals to keep light supplies of fruit in the system, but not enough to meet projected demand through the gap. Expect to see some limited availability for another 2 – 3 weeks, then the crop will finish. Gap is expected to be large, as Mexico won’t start harvest until late June on globes.

Weather has played a major factor in the slow start of the peach crop. Arvin and Kettlemen microclimates will finish up on their crop as it is a very short harvest window. Central CA is struggling to start harvest, but the warmer weather that is starting to kick in will help bring on the first harvests of the season. White peaches are picking in okay volume, with Snow Angel still leading the charge. Expect supplies of the early yellow crop to start building momentum as more fields come into production over the next week.

Very similar to the yellow peach, but higher demand has kept large yellow nectarines non-existent. Early fields peaked on 64’s, with limited larger. Central CA will start harvest in better volume this week with Zee Fire variety. Expect to see numbers slowly increase with the warmer weather. White nectarines have started and are anticipated to gain momentum by the end of the month. Expect supplies on both to remain lighter, but good volume will hit within the next 10 – 14 days and allow for more shippable supplies.

The apricot rough start remains intact. February freeze, hail damage and now cooler weather have pretty much destroyed the crop. Warmer weather this week will increase harvest back up, but total volume is expected to remain way down this season due to a lighter crop. We will transition into varieties like Lorna and Roboda this week, that throw really big fruit. Smaller sizes will become very limited. Be careful the whole way through on apricots, as we anticipate lighter volume for the remainder of the crop and good steady demand.

The first early plums and pluots have begun harvest, but in a very minimal way peaking on smaller sizes. The true start of the crop will not kick in until the last week of May / early June. Expect only minimal supplies of outlier varieties until then. The stronger varieties will start hitting in June. Chile is virtually done, with only a few black plums left to go.

This will prove to be one of the worst CA cherry crops in recent history on total volume. Still anticipating to finish around 4 – 5 million packages, demand will greatly exceed supply through the end of the month and the early finish. Growers in Lodi are already moving into later season varieties and are expecting only another 7 – 10 days of harvest, before they already start finishing the season the week of May 23rd. Avoid ad promotions, as supplies will fall off quickly. It is also expected to see a noticeable gap between the finish of CA and the start of Washington.