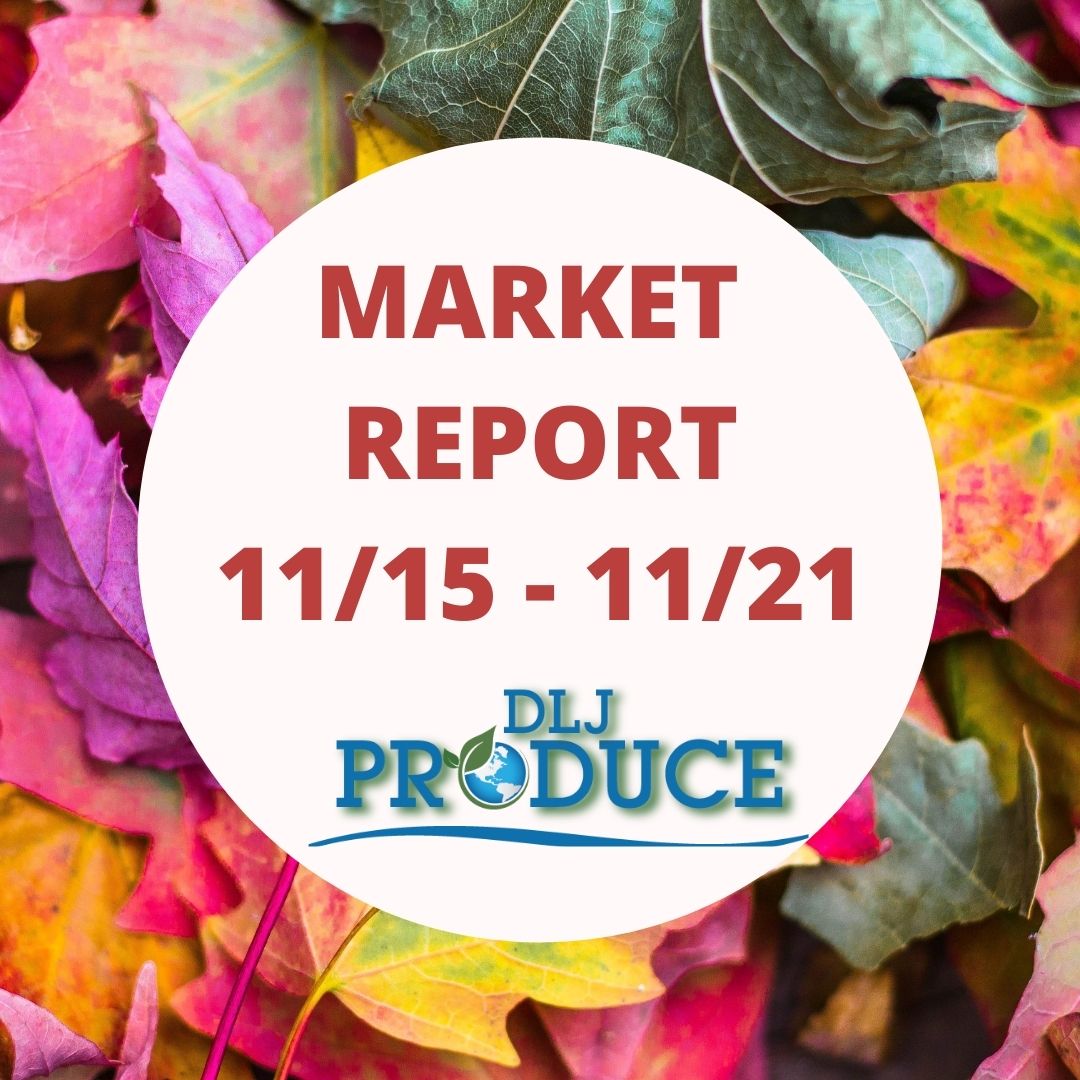 We are at the tail end of the red grape harvest. Another rainstorm hit Central CA last week, spelling the last of the attempts to finish field packing. Storage totes have been put up, with growers looking to stretch the season into mid-December. But… crop is light this season on the tail end mainly due to heat damage caused in June / July. Due to the shorter volume here at the finish left to go, expect FOB pricing to start to firm quickly going into late November as growers try to slow movement and stretch as long as possible. Post rain fruit needs to be watched for condition concerns, but generally fruit looks to be holding well. Expect a shorter finish at the end and a likely gap before South America starts to arrive, as Peru is not expected to start in any volume until late December on the East Coast.

Green seedless are following reds, with field packing finishing within the next few days. Good inventories of storage totes have been put up around the Valley, with the tail end of the green crop looking stronger on volume then red. This will allow for a bigger push on green for the next 3 – 4 weeks, and allow to extend movement into mid-December. Quality looks to be holding well so far, even considering the water. FOB’s will firm as we progress closer to the start of the import Peruvian season. Promote for another few weeks, instead of red, as we move into December. Peruvian green has just begun to arrive on the East and will continue to gain momentum.

Autumn Royal will continue for another 4 – 5 weeks as we move towards the finish. Rain will slightly bring down the volume left towards the finish, but good supplies remain to carry through season end. Quality remains strong and should be able to stretch. Once CA ends, the first import arrivals from South America is expected in mid-January and should create a short gap between growing regions.

The CA red globe crop is mainly in the barn for season end, with growers finishing field packing. Quality is strong and will stretch through the end of the season. Expect good supplies to carry into mid-December and finish out the season. Import globes have begun to arrive from Peru on both coasts and will create a smooth transition from country of origin.

The last of the Chilean clementine crop has arrived to both coasts and is finishing up quickly due to good demand. Imports will get out of the way, as California starts harvest and builds momentum on the first clementine varieties of the season. Volume looks to be increasingly off this season on the domestic clementine crop due to poor set caused by heat during bloom in June. Expect supplies to remain light for most of the season, keeping demand firm.

Chilean navels have arrived here at the finish in a flurry, as a welcome relief on size with mainly large fruit here at the finish. Expect inventories on both coasts to finish over the next 10 days and make way for a smooth transition. California has started harvest in volume, but size structure remains small peaking on 88’s, 113’s and 72’s. Also, gassing times remain around 48 – 72 hours to bring on color. As cooler nights progress, navel volume, size and gassing times will increase to allow for promotion in late November.