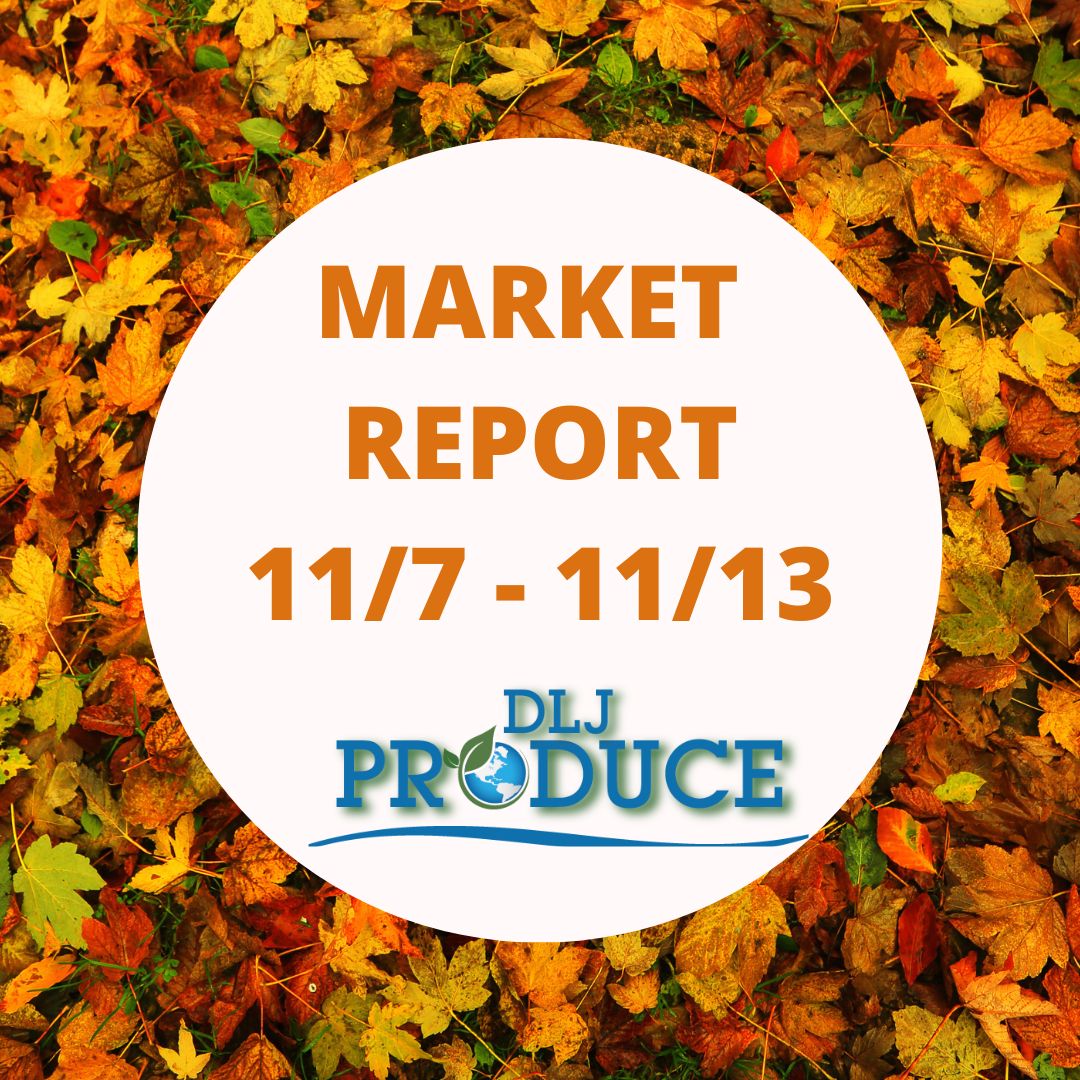 Some light rains and cool night temperatures close to freezing have been the story over the last week. This will wind down field harvest quickly on anything left to go. The remainder of the crop will come from totes packed in-house fresh. This will firm the cost of the red seedless market purely based on the additional labor incurred to pack. The volume will start slowing down quickly and expect most growers to be done by late November. A small amount of supplies will stretch into December, but significantly lighter than a conventional season. Avoid promoting in December as we get close to the growing region transition.

The two main varieties of Autumn Crisp and Autumn King will make up the green grape varieties to the finish. King has picked out in good volume, with fruit packed in totes for the late deal. Autumn Crisp will be geared towards higher-price export markets. Green supplies may stretch further then reds this season, but still expect supplies to start dwindling by late November with December being the breaking point for the last of the crop volume. South American fruit will start gaining traction in the East before the West’s first arrivals.

Autumn Royals are done harvesting, but supplies will likely stretch for another 2 – 3 weeks, with supplies expected to stretch into late November / early December. Quality is good and volume is similar to previous seasons. Continue to carry for the color break and additional sales, then wind down moving into late November. Black seedless volume from South America will not hit until January to start the season with some new varieties coming into production.

The Red Globe crop is slowly nearing the finish from CA. Some growers have finished, but supplies still remain in spots to reach the crop finish. Expect FOB’s to slowly increases, but luckily Peruvian fruit is right on its tail. Fruit has already arrived on the East and will follow shortly to the West. No gap is anticipated in supplies unless demand greatly increases once CA finishes.

Chile and Argentina have both started the cherry crop for the 2022 / 2023 season. The first fruit harvested is destined for Asia at big money… but the first arrivals to the U.S. will start hitting both coasts by air shot by the end of the week. Expect light air arrivals next week, then pick up the week of 11/14 and 11/21. The issue remains the cost of shipping, which will keep FOBs high and not allow for promotions before Thanksgiving. Expect just enough supplies to carry, but not get aggressive on promos. Once the first ocean containers arrive, FOB pricing will come down and it will be time to promote. Expect late December / early January as the time to focus on vessel fruit promotion.

Chilean Murcott availability has cleaned up here for crop finish. California will start with some limited supplies of early variety this week, but true clementine varieties are not expected until early November. Early varieties will fill demand, but a better varietal mix will be seen by late November moving into the New Year.

CA continues to pick up momentum on navel orange, as the weather cools quickly and allows for slightly less gas time as natural color picks up. It will be slow to increase, but by late November almost no gassing time is expected. Size is small at the start like historical shows, peaking on 72’s, 88’s, and 113’s with only a small percentage larger. Get ready for promotions and better size and volume moving into December.

D1 is moving into a volume on lemons shortly, as D3 finishes. Smaller sizing will be seen at the start with 140’s and 168’s being the peak volume. Color will come on shortly with cooler nights arriving. Crop volume will hit by January for promotion.