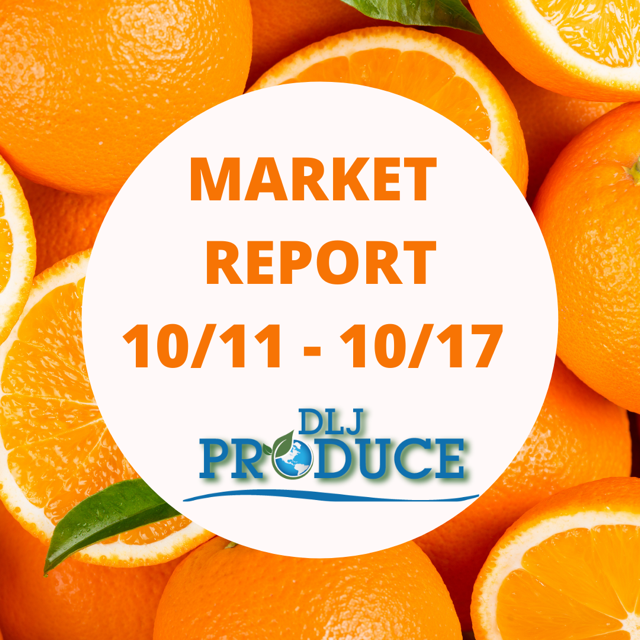 Harvest will continue along, now with the threat of October rains. Most vineyards that will stretch harvest through the month of October are covered with plastic to avoid any major damage due to the rain, but we are on the home stretch where anything is possible. Scarlet Royal, Krissy, Jack Salute and Allison will remain the major players. The most recent storage crop report shows red seedless down compared to 2020, likely caused by the Spring heat that zapped some of the acreage in the industry. Because of that, red seedless availability and FOB pricing may be hotter at the end of the season then years past. Even though supplies will remain, I would not anticipate heavy red grape volume at the end of December. October and November will be the times to promote, then pull back as total late season crop volume is pending.

A lot of the weaker green seedless in the marketplace that didn’t have a home have started to clear out. The last of the Ivory and Great Green have moved through the system, with growers now focusing on the late-season varieties of Autumn King and Autumn Crisp. FOB pricing has firmed on the low-end M/L fruit, but good supplies still remain and are harvesting. Expect the market to firm slightly in October, but start to jump in early November higher as the industry anticipates shorter availability in December at crop finish. Time will tell, but now is a good time to continue to push ad volume movement.

Autumn Royal will remain the biggest volume play on black seedless until the end of the crop. Good supplies are harvesting now, but not in excessive volume. Expect supplies to carry into mid to late November typically, with some late fruit stretching into December. FOB’s will remain steady as demand appears to be meeting supply and movement is good.

Red globe still remain one of the highest-priced grapes in the market, but luckily some better volume has harvested in the Delano and Madera area and allowed for FOB pricing to drop slightly. Still, demand will keep FOB’s at record highs for the remainder of the crop. Expect supplies to stretch into December, depending on the growing region in the Valley. Some Peruvian red globes have already started to arrive on the East Coast, as an alternative to the California crop.

Harvest will continue to slow down on Last Tango and Autumn Flame varieties of yellow peach, but supplies will stretch for another few weeks into late October. Mainly large tray pack with a small amount of volume fill. With demand tailing off as retailers switch into Fall sets, expect FOB pricing to remain stable and promotable to try to move through the remainder of the crop.

Time to pull the plug on the 2021 crop. Only a few straggles remain that will be done soon.

The last of the black and red plum crop will stretch for a few more weeks, with Angelino and Flavor Fall being the last holdouts. Supplies remain, peaking on 50’s on blacks and 40’s on red. Movement has slowed as Fall sets take over, but plums are still a good item to have in the mix. Keep pushing for a few more weeks.

The hosed-up ports on both coasts continue to put excessive strain on the Murcott mandarin import crop. But luckily, some fruit has released and slightly decreased the massive strain on the industry. Volume is still on the water and will stretch into late October / early November, but the issue remains with the port. Expect to see some fruit available in a light way, but then gap out and create demand-exceeds pockets if vessel unloading is delayed. FOB pricing will remain at a peak as importers look to stretch inventory to avoid arrival gaps.

The navel market has remained tight most of the season as we reach the finish. Only another 3 – 4 weeks remain for arrivals, with volume slowly tapering off. Even with that, some good final pushes of fruit from Chile are expected to arrive on both Coasts over the next 10 – 14 days. This will help bridge the gap with CA. Even with California starting in a couple weeks, fruit size will remain small at the start peaking on 88’s and 113’s. The last of the Chilean crop will feature large-sized fruit that will continue to demand a premium and solid FOB’s. Start tailing back on promotions by late October to prepare for the region transition.

Harvest is done in Chile on lemons and the last fruit is on the water. Same with Argentinian arrivals to the East Coast. With that being said, there will be still be some smaller inbound over the next 2 weeks. Plus, inventory remains on both Coasts in a moderate way. Continue to focus on imports for another 10 – 14 days before supplies start to clean up and provide for a smooth transition into California growing regions.