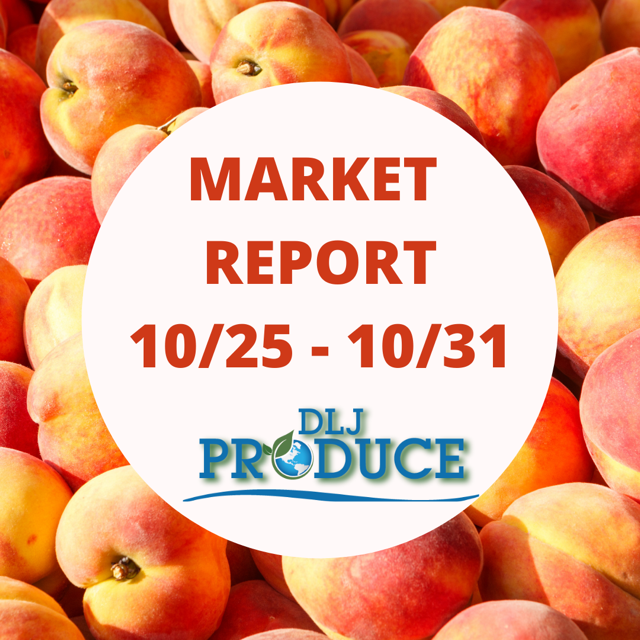 Red grape harvest is hitting the back end of the crop, with Allison and Jack Salute making up the biggest volume here on the late deal. Sporadic rains and heavy winds damaging field coverings may shorten up the window for growers to pick and pack, especially if we see significant rains early this week. Field harvest will be winding down over the next few weeks, with growers house packing in totes as much as possible to meet demand. Storage inventories are actually lower than 2020, mostly due to some heat damage from June / July. With a shorter crop and good demand, expect to see FOB prices slowly firm in November moving towards a mid-December finish. Some growers are already finished for the season, with the bigger volume growers holding out as long as possible. We MAY see a tightening of the red grape market between CA finish and the start of imports.

The green seedless market has come to life. Especially with the small rain events and bigger weather on the horizon. Autumn King and Autumn Crisp will make up the late season volume, with field packing going for another 2 – 3 weeks. Also, a lot of growers will focus on tote packing green seedless to allow for supplies to be house packed in November and December. This will extend the crop as long as possible, with at least another 4 – 6 weeks left to promote before we near the finish line. Okay to continue promoting, but expect FOB’s to start jumping in November and firming up to a typical high moving towards the December finish.

Autumn Royal will remain the biggest volume play on black seedless until the end of the crop. Growers have moved through a majority of the crop, with some isolated large blocks left to harvest. Expect supplies to carry into mid to late November typically, with some late fruit stretching into December. FOB’s will remain steady as demand appears to be meeting supply and movement is good. This may change quickly if the weather is tough on the remaining fruit in the field.

Continue promoting red globes, as good supplies will carry for the next 3 – 4 weeks as we move towards the finish. FOB pricing will remain stable, and above the price for the seedless crop.

Only limited amounts remain, with it virtually being a done deal. Time to pull the plug and wait for Chile in December for an air flight.

A small amount of fruit remains on both black and red plum here at the finish. Late growers look to extend their limited supplies into November. With slowed movement due to retailers switching to Fall sets, expect FOB’s to remain stable and demand to be low. Growers will push to finish as quickly as possible. With Chile not expecting to see their first arrivals until late January.

The last imported Murcott from Chile have arrived and will signal and end to the import season. Based on the extremely tight market seen in late September / early October, at least some volume has arrived at the finish to extend the season. But demand remains extremely strong and will wipe out inbound arrivals as they clear the ports. California has started Satsumas in a light way, but won’t start seeing their first true clementine varieties until mid-November. Expect demand to stay tight all the way through, as the domestic crop is off 50 – 70% based on historical crop volume. This will force growers and retailers to look at other promotable items outside easy peelers simply due to higher FOB’s and less promotional volume.

The last Chilean navels for the season will hit the West Coast this week and stretch supplies for another 7 – 10 days. Demand remains extremely high on arrivals, as fruit is gobbled up as soon as it hits. This is mainly due to the delay in waiting on California to start volume. CA has started in a light way, but gas times are over 72 hours and fruit will peak on small sizes like 72’s and 88’s. The larger Chilean fruit will be in demand until California starts firing on all cylinders by mid-November.

Harvest is done in South America with only a small amount of arrivals on the water. Based on the quality arriving here at the finish, it is advised that retailers look to make the domestic transition as soon as feasible. Only another 7 – 10 days remain on imported fruit to try to extend the crop.